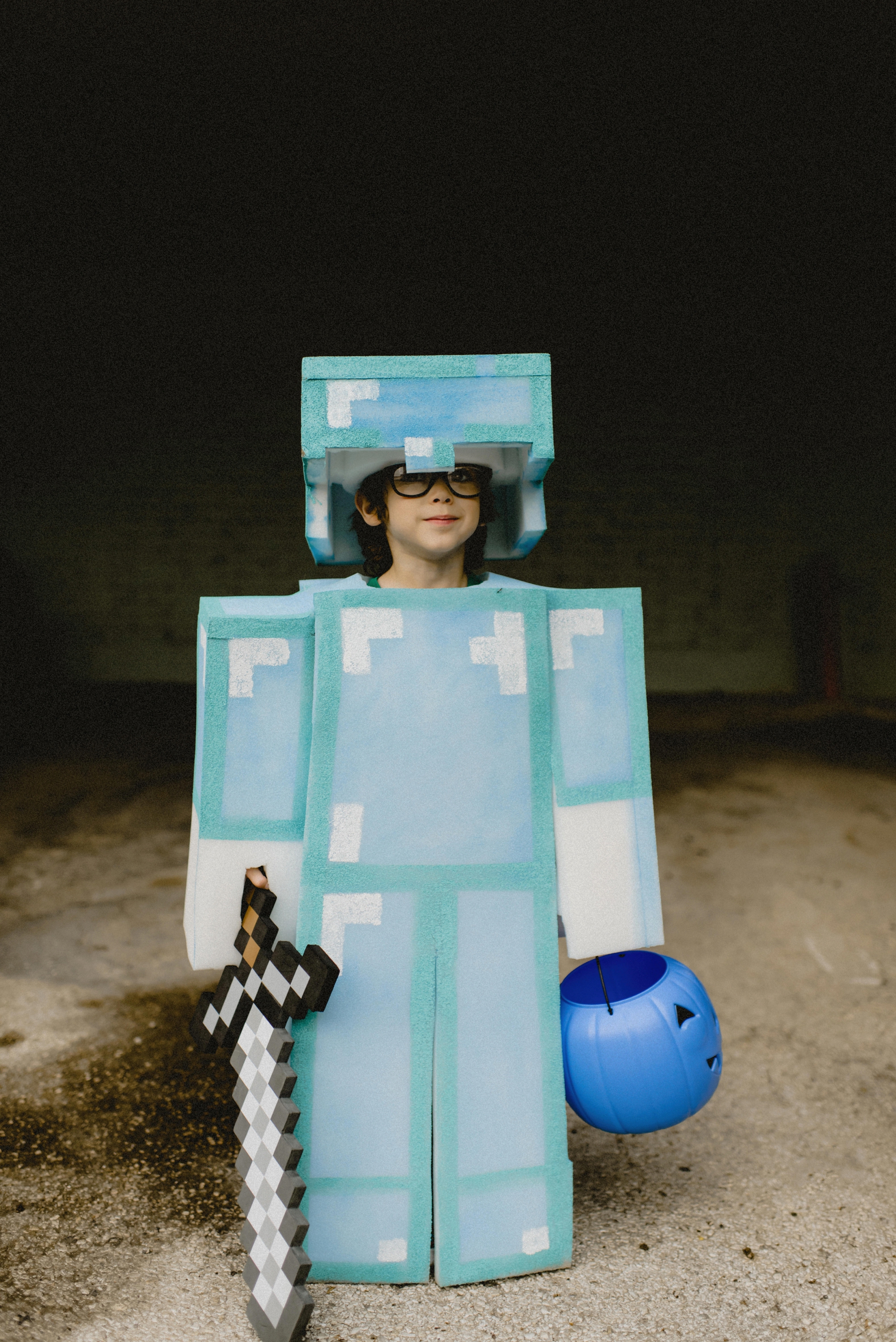 My First Halloween With Ethan

I’ve been in Ethan’s life ever since he was a year old. I’ve seen him grow up and he doesn’t remember life without me. I’ve considered him my stepson ever since the beginning even though technically or legally that isn’t the case. Needless to say, the past two years I didn’t get to go trick or treating with him. The first time, Amanda’s ex wasn’t comfortable with me going with them. Last year, it was the same thing with baby daddy (he’s still doesn’t like me, btw), but I wound up picking up a second shooting gig for a wedding that Halloween since I knew I wouldn’t be able to go trick or treating with them. This year, I put my foot down. It’s been three years. I wanted to be a part of it. His dad only took him to his church to trick or treat, which to me, is hella lame. No offense to any of you religious folks, but I wanted to give Ethan the real trick or treating experience like I used to have. You know… going through the neighborhoods! None of this silly trick or trunking that’s getting all big now.

Now, on a side note/rant… Trick or Trunking is apparently when kids go to a person’s car with their trunk open to get candy. Apparently, people are doing these trick or trunking things so that it’s “safer” for kids. But here’s the thing, when I was a kid, I was taught never to talk to strangers or get in their car. Even if they offer you candy. It’s just a bit too similar to trick or trunking. However, I guess asking complete strangers in a neighborhood is risky too. Anyhow… back to my story.

I wanted to give Ethan the real experience and not some boring church event thing. We took him to a neighborhood nearby our apartment. After the first house, he lit up with excitement! He had a blast! I think he was beginning to get a big head too cause everyone kept telling him how awesome his costume was. He was the only Minecraft costume we saw. I have to give it up to his dad. He did make a pretty good DIY costume for him. But yeah, yesterday was one of the best times I’ve had in a long time. Seeing Ethan so full of excitement made me and Amanda happy. I was glad I was able to give him the real experience. Everything from walking down the busy and packed streets to walking up to houses to seeing all the other kids costumes.

I took a few pictures with my camera for a bit, but put it away so that I could take it all in. I pulled out my iPhone for just a quick snapshot of him at one of the houses, but then went straight back to enjoying being in the moment.

Yesterday was the best. 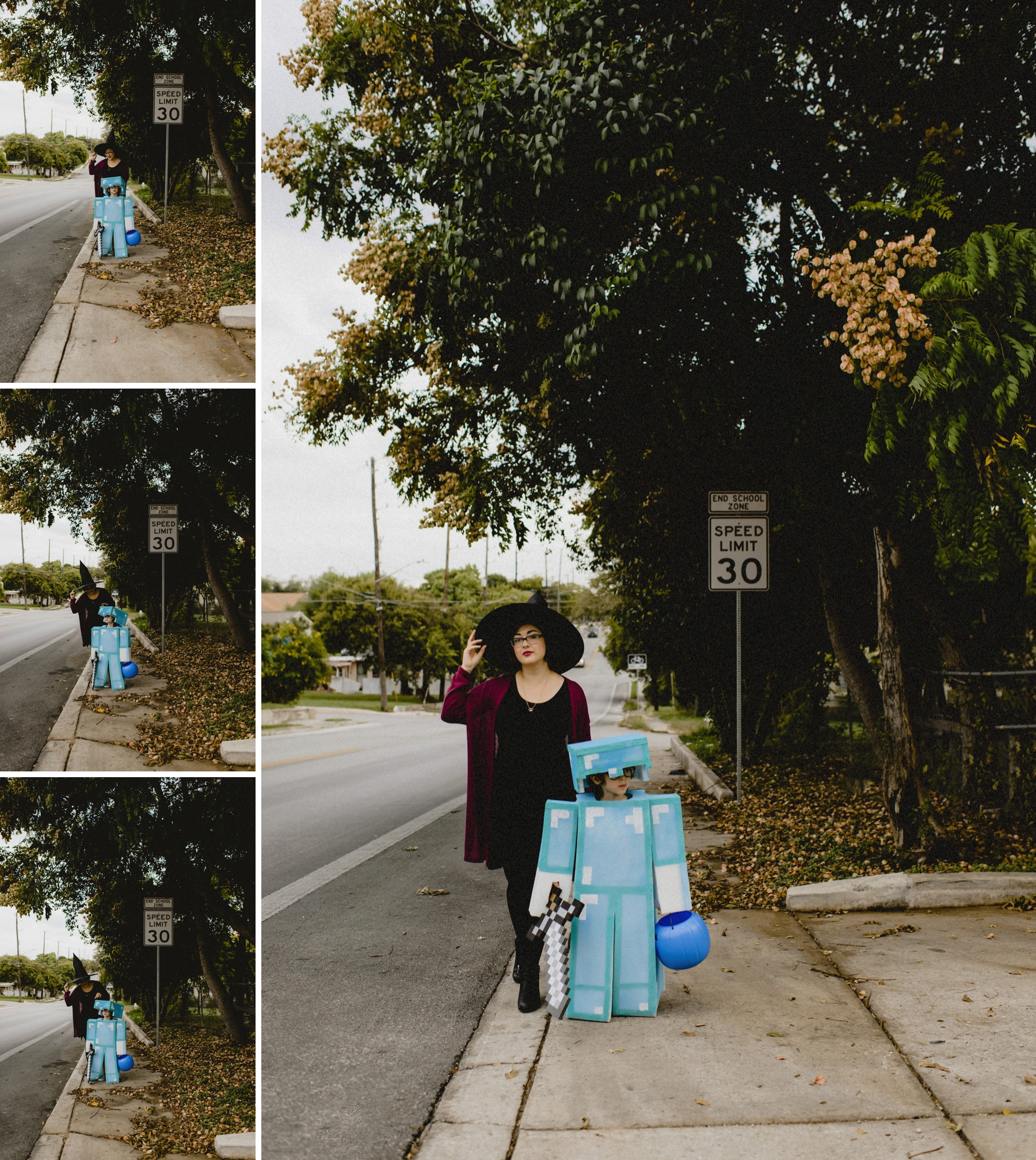 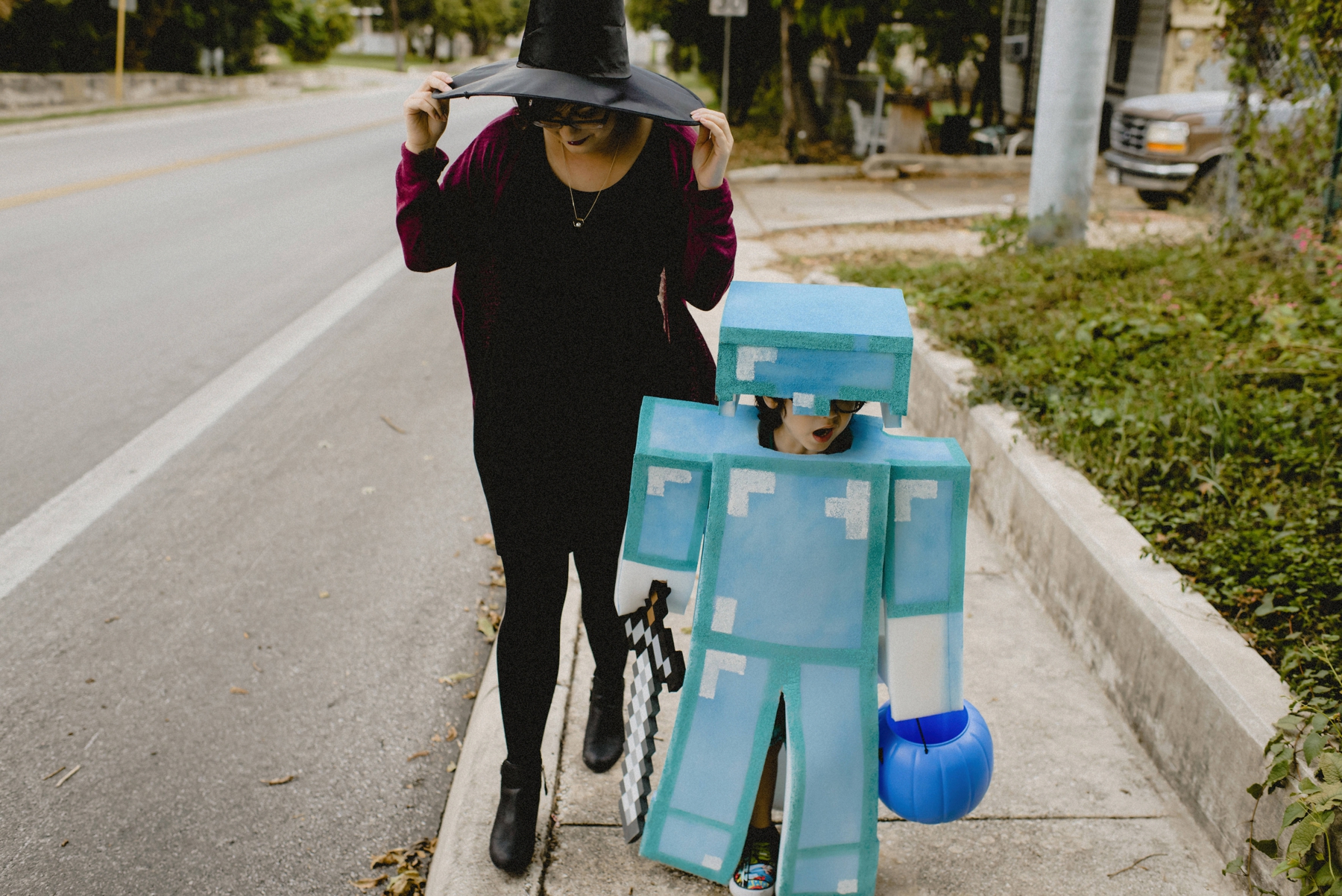 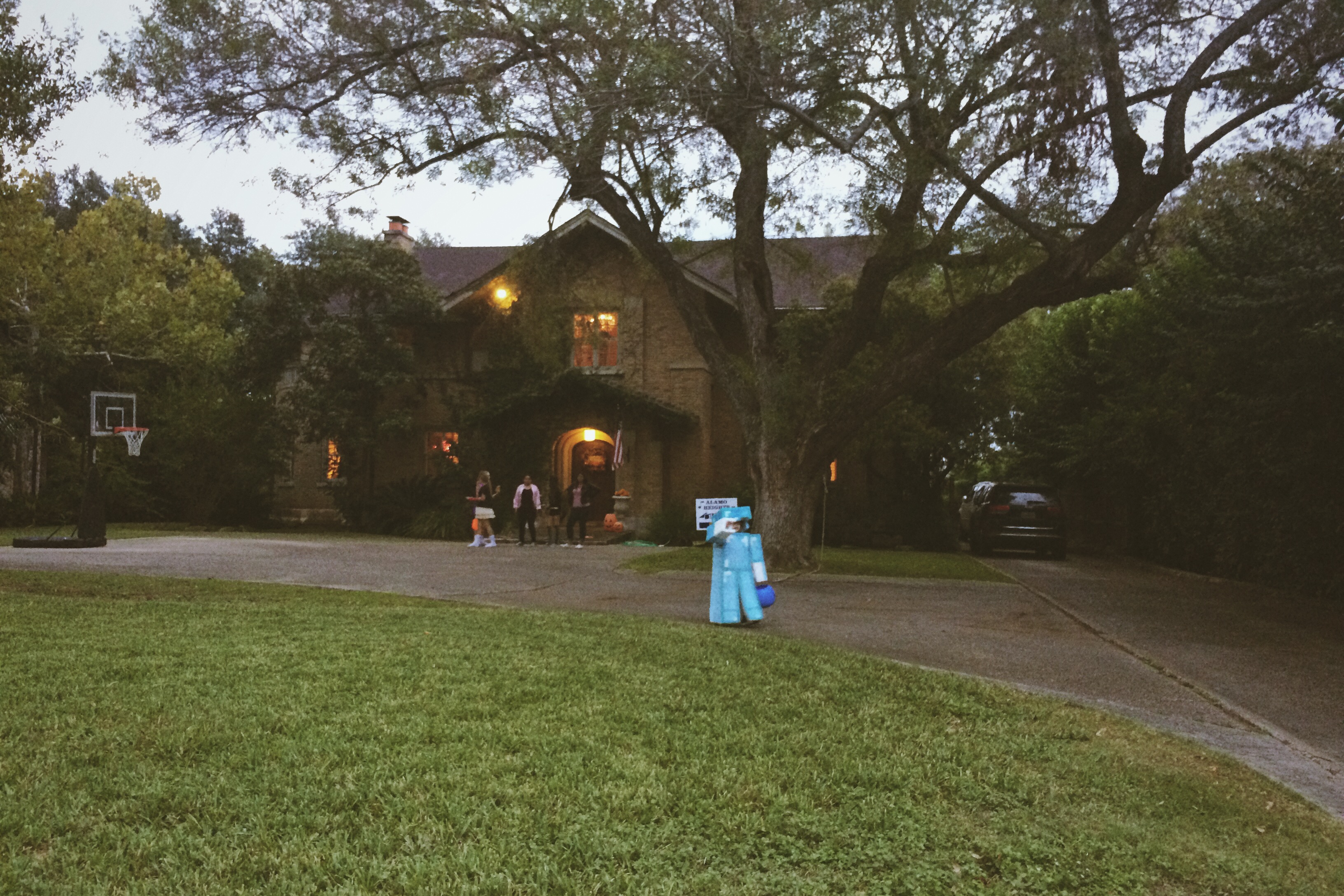